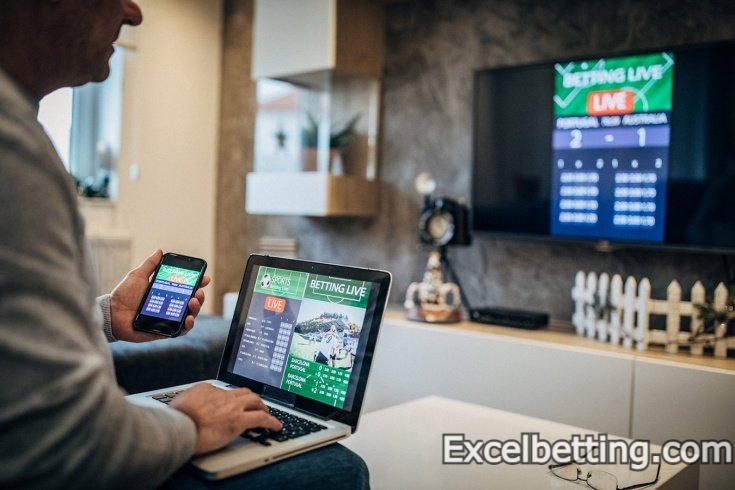 If there is a win-win sports betting strategy, why aren't all players using it? Ask yourself this question before looking for some kind of win-win scheme. Yes, in theory such betting strategies are possible. We'll look at examples of them. But in reality, it is better to focus on finding ways to minimize risks.

Win-win sports bets are bets in which the outcome of the event is not important for making a profit. This situation is called a fork.

The player makes a bet on two or more outcomes so that he will make a profit in any case.

For example, in a tennis match there are equal opponents. For many years, meetings of Nadal and Federer belonged to such duels. For such players, one could most often find overestimated odds.

We place two bets on opposite outcomes of 1000 rubles each. One of them will surely win, let's say the first one:

There are special programs to search for such arbitration situations, online resources are working. You can bet on the opposite outcome more than ten times daily.

But the use of surebets in bookmakers will not bring stable profits over the long run and may even lead to losses.

Ultimately, the investment of time and resources to make money on surebets rarely pays off.

Such a theoretically win-win betting strategy can fail in the following situation:

You bet in different bookmakers on opposite outcomes. On a winning bet, the bookmaker can make a refund based on an error in the odds. Then the amount from one bookmaker will return, and in another bookmaker you will lose money. Best sports betting strategies: one win-win and two with minimal risk

The catch-up strategy in betting: myths and reality

Such schemes work according to the catch-up principle: you need to increase each next bet so that the winnings cover all previous losses and bring profit.

Dogon is based on a simple axiom of probability theory: if two opposite events happen with equal chances, each of them will necessarily happen in a series of repetitions.

So, when playing roulette, you can constantly bet on red, and it will fall out someday. However, the casino will not allow you to do this and will simply ask you to get up from the table.

In a bookmaker's office, the catch-up strategy is theoretically suitable for betting on football, tennis, basketball and other sports.

For example, in the English Premier League in the 2019/2020 season, West Ham performed worse than experts expected. Therefore, the odds on his wins were almost always above 2.00.

Let's form a series of catch-up:

We consider the received profit:

But this is only in theory, everything is so simple. In reality, a losing streak of bets can drag on for a long time, and a multiple increase in the amount of the bet will quickly lead to the drain of the game bank.

In addition, bookmakers limit limits or even block accounts for players suspected of using catch-up. Therefore, such sports betting strategies will not bring the desired result in reality.

How not to lose money due to betting at bookmakers

The main goal of many players is to find a strategy with minimal risk. The goal of this strategy is to avoid big losses.

Compliance with the following four rules protects against the loss of the amount that will zero your game bank:

A win-win sports betting strategy can only exist in theory, as a mathematical model. In reality, you need to follow simple but important rules to avoid big losses.

Betting strategy for football betting - bet on a tie