What does "both score" mean in football betting? 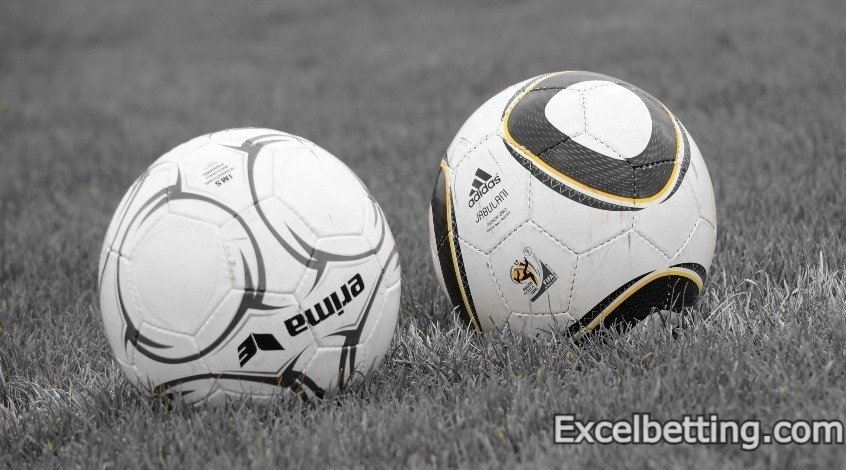 Types of bets on "both to score"

Bookmakers offer several options for both-to-score bets. The simplest and most understandable option is bets focused on the outcome of the match as a whole.

The user gets the option to put on "Yes" or "No". In the first case, it is necessary for each of the teams to sign at the opponent's goal at least once. If after the regular time of the match (including the added one) no zeros are recorded on the scoreboard, the bet has passed. The second option implies the opposite situation - the success of the bet depends on whether one of the teams (or both) kept their gates "locked". If the match is over (regular time), and at least one zero indicator remains on the scoreboard, the bet passes.

Professional tipsters who delve deeper into football analytics love to bet on the half. Bookmakers often offer both-to-score betting options for the first and second half. In this situation, it is important to predict the course of the game itself - when teams like to attack, and at what point they prefer to go on the defensive. The conditions are the same as for the match as a whole - either the teams exchanged goals, or either of the rivals failed to score.

Combined bets are also offered, combining several outcomes into one. For example, you can bet that both teams will score and a particular player will excel. Or, that each of the teams will excel and predict the total total goals. However, such options are quite risky, since it is necessary that all the conditions of the bet be met.

When to choose the bet "both will score"?

It is necessary to bet on the outcome "both will score" based on statistical data. Cappers always analyze team statistics before placing a bet.

What data to look for when analyzing team statistics? On the indicators of goals scored and conceded, in order to understand how strong a particular opponent's attack and defense are. The best bet on "both will score" is matches with the participation of clubs that have a strong attacking line, but at the same time weak defense. The analysis of goals scored and conceded is carried out over a long period (take the last 5-10 matches). But it is not worth delving into history either, since 15-20 matches ago the team could have been in a completely different form, with a mass of injured players and even a different coach.

For example, you want to bet on a match between Verona and Genoa. Open the statistics and watch the last 10 matches of “Verona”, in which the team scored in eight meetings and conceded in seven matches. Next, you study the last matches of the Genoese team, which scored in their last 9 games and conceded in seven matches. The both-to-score bet is ideal for this scenario, as teams score a lot but concede a lot.

It is important to remember that the opponents must be equal in strength, so you will also need to study the positions in the championship, in what form the opponents are.

What matches are better not to bet on?

There are a number of games that experts do not recommend making both-to-score bets. It is worth paying attention to various aspects: the importance of the tournament, coaching tactics, etc.

The options "both score" rarely take place in games with the participation of giants, and in this case we mean both the matches of the giants against the outsiders, and the fights of the leaders among themselves. For example, in the match “Barcelona” against “Mallorca” it is difficult to imagine that the guests will be able to create danger at the gate of the Catalans. Taking into account the game of the same “Barcelona” against Madrid “Atletico” or “Real”, it is difficult to predict what tasks the teams are setting. They keep in mind the necessary result, the upcoming fights, and the chosen strategy, so it is difficult to predict the result.

You should not bet on cup matches, where second lineups are often played, so it is difficult to predict the outcome of the game. Often, clubs from the second or even third leagues knock out the clear favorites of the tournament. Consequently, in most cases, the outcome does not meet expectations.

Experts point out that in some championships, the overall performance is low. These include Portugal, Russia, Ukraine and a number of other championships.

Another factor that should be taken into account when betting "both will score" is the coach's personality. Some mentors prefer to sit on the defensive for the whole match, playing on counterattacks. Notable examples from this category are Inter Jose Mourinho, Chelsea Antonio Conte, Rubin Kurban Berdyev.

Advantages and Disadvantages of Both Teams To Score Strategy

The main advantages of this category of football betting include the following:

Among the disadvantages of bets "both will score" are the following:

Thus, the betting strategy "both will score", on the one hand, is universal and suitable even for beginners, and on the other hand, it requires constant analytics and involvement in football matches and tournaments.

When Should You Cash Out Your Bets: Examples And True Value...

The Best Sports and Betting Markets To Bet On in 2022

How To Analyse Football Matches & Improve Your Betting Skills