The "ladder" strategy in sports betting: how to bet in football, pros and cons 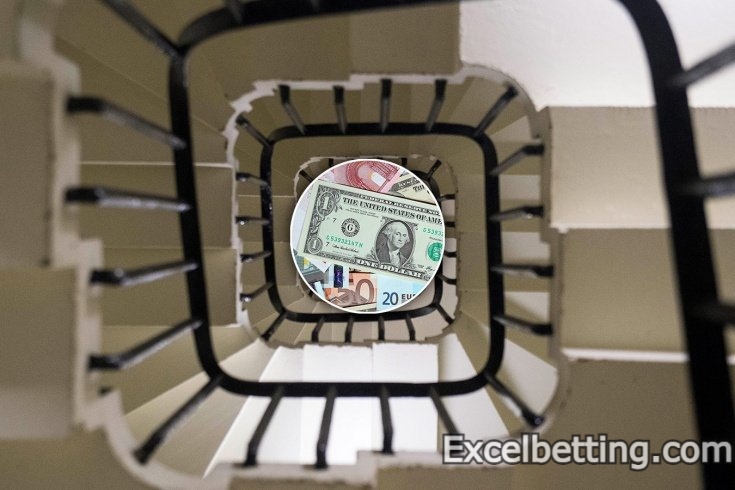 The ladder in sports betting allows you to climb from a small bank to the very top. Some people call the ladder hoar raising. But practical examples show that ladders are not a win-win strategy. Let's figure it out together how to place bets on the ladder at the bookmaker.

What is a ladder in sports betting

A ladder is a strategy for distributing a game bank, in which the size of each next bet, if it passes, includes the amount of the previous bet, together with the received winnings. The starting sum of the ladder is small - 1-5% of your bank. But if your bank is only a few hundred rubles, bet 50-100%.

Consider an example of a ladder bet on a football match.

This is an example of a two-rung ladder bet. In the first step, you increased the bank from 100 to 110 rubles. In the second step, you turned 110 into 121 rubles. The total prize was 21 rubles. After each win in the ladder, you put all-in all the money you won.

The number of steps, or steps, can be much larger.

Here's an example of a ten-step ladder.

Step by step, we increased the size of the bank from 100 rubles to 648 rubles. And this is not the limit. There are ladders at twenty or one hundred steps. The basic principle is that the size of the bet is always the maximum and is the entire amount of money that you have won at the moment from the initial amount.

In ladder bets, players take events with a small coefficient, the probability of which is high. On average, these are odds of 1.10-1.50. This is not a rule. You can see the ladders, where the size of the coefficient is in the range of 1.50-2.00. But, as a rule, these ladders have few steps, and they end badly for the bettor.

Starting to play according to the ladder strategy, the player needs to determine the upper step of the ladder - the amount to which you need to reach. The more realistic the amount, the more likely you will reach your goal. Until the goal is achieved, you must continue to place bets.

When to bet with a ladder

Most often, this strategy is used by players who do not have a solid bank on the deposit. To collect such a bank, they begin to set up a ladder.

Another option - the player has a solid pot for betting, but wants to collect the maximum winnings from a small amount. By placing a ladder, he risks only the initial amount, and in the future he can get much more than the amount of the first bet. At the same time, it is dangerous to bet a large pot - even bets with low odds lose.

What to bet on the ladder at the bookmaker

When it became clear what the ladder strategy is, the question arises: what should you bet on so that your ladder is not interrupted?

Let's use the advice of experienced players and seasoned forest managers:

Experienced players have come up with their own options for the ladder:

But splitting the pot reduces the size of the initial bet in each ladder. At the same time, the number of events that need to be selected for bets in each ladder increases. Significant profit is possible only if several hogs or tanks survive to the intended goal, whereas in the original version of the strategy, all forces were concentrated on one ladder.

Is a ladder a win-win strategy or not?

A ladder strategy is considered by many to be an excellent way to overclock the smallest bank. Experienced ladder strategy players consider a competent selection of sporting events to be the main condition for success. But in the line of bookmakers there are no concrete events either for the odds of 2.00 or for the odds of 1.00. Moreover, it is unprofitable to bet on the most anticipated events due to the underestimation of their coefficients. Any sports fan can easily name a dozen or two examples when the notorious coefficient of 1.01 did not come in.

Therefore, the ladder in betting on football and any other sport is an exclusively game strategy that cannot be called a win-win. If you are betting on a ladder or raising hogs, take it as entertainment, not a professional game.

What does odd and even mean in bets: description and tips...

Strategies for betting on handball in live and prematch:...