Premier League betting - what to look for? 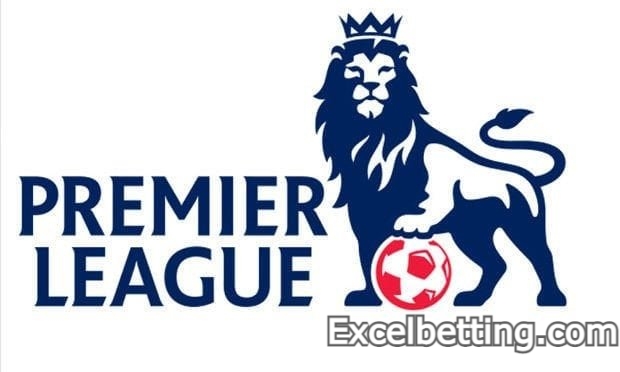 The highest English league is known for its permanent attack. This makes for attractive games with a relatively high number of goals. In contrast to the Italian league, there is not a lot of tactics here, but tries to get in front of the opponent's goal with as few ball contacts as possible. The Premier League is considered the richest league in the world, which is why a large number of top foreign stars are active here. There are seven British clubs among the richest clubs in the world. Then there are the hot-blooded fans who always whip their team forward. So it is not surprising that the Premier League is also very popular with sports betting fans.

History of the Premier League

In the 1980s, British club football plunged into a deep crisis. Responsible for this were among other things the notorious hooligans, who brought the league into disrepute off the field. The negative climax was certainly the riots at the European Cup final of the national champions between Liverpool FC and Juventus Turin. After Liverpool fans stormed a block of Italian fans, there was a mass panic with 39 dead and more than 400 injured. As a consequence, all English clubs were banned from participating in European competitions. As a result, many players moved to clubs in Italy or Spain and the British clubs struggled with financial problems. There was also criticism of the condition of many stadiums.

In 1992 a new beginning followed with the founding of the Premier League . In the years that followed, British club football took off again. Within a short period of time, the number of viewers increased by more than 60 percent. The league also became more attractive again for top foreign stars. Whereas only 11 foreign players were active in the Premier League in 1992, today around half of all footballers come from abroad. In 2005 there was not a single Briton in Arsenal's squad of 16.

To date, a total of 45 teams have been active in the Premier League. Only seven clubs have never been relegated. With 13 championships, Manchester United is the clear record champion. Only far behind are Chelsea FC and Arsenal London with three each and Manchester City with two titles. Curiously, in all these years no English coach has ever managed to become a champion. Most championships were won by the Scot Sir Alex Ferguson with Manchester United.

In 2011, with Swansea City, a team from Wales made it to the Premier League for the first time. A short time later, another Welsh team followed with Cardiff. Teams from Scotland are not yet represented, although this has been under discussion for a few years.

An important reason for the success of British teams is their high financial strength. The clubs are run as commercial enterprises and many clubs are even listed on the stock exchange. This inevitably leads to a growing gap between the top clubs and the lower leagues. In addition, the Premier League itself appears as a company with enormous marketing. There was an official name sponsor right from the start. Since 2004 the league has officially been called the "Barclays Premier League".

Especially in Asia, the Premier League does a lot of advertising. Every year, many clubs travel to Asia in preparation for the season and compete with other teams in tournaments. These events are not of any sporting importance, but financially they are definitely worthwhile. In addition, many English clubs are supported by foreign investors. One of the most famous club owners is the Russian oligarch Roman Abramowitsch, who owns Chelsea FC, London.

The Premier League is also one of the most popular football leagues among German sports bettors . The range of Premier League bets offered by bookmakers is correspondingly large. Among other things, this also ensures high betting odds. Depending on the bookmaker, the payout key for Premier League bets is 96 percent. Even for favorites to win, odds of 1.2 and higher are usually offered. In the case of away wins, the betting odds usually start at 1.6. If teams of equal strength meet each other, a betting rate of 2.0 can be expected for all three game outcomes.

In its championship year 2012/2013, Manchester United had won 16 of 19 home games. Local rivals Manchester City even scored 18 home wins a year earlier. Tips on favorites can be really worthwhile when betting on the Premier League.

Good chances of winning even with live bets

Games with favorites are also very suitable for live betting in the Premier League . It often happens that the favored team only scores the decisive goal shortly before the end and still wins in this way. This ensures particularly high odds for live bets. If the favorite falls behind, the odds automatically increase for live bets. Sports bettors can take advantage of this fact for a higher profit.

British football is also very aggressive because of the atmospheric fan support. This makes the Premier League interesting for over / under bets. On average, each club scores 1.4 goals per game. Only the relegated Queens Park Rangers scored less than one goal per game in the 2012/2013 season. For this reason, the bet “Both teams will score” is a lucrative thing.

The offensive style of play regularly leads to many corners. With this type of bet , sports bettors can also count on very good odds. English football is also known for its physical activity and a certain gruffness. Sports bettors could come up with the idea of ​​betting on lots of yellow and red cards. In fact, the English Premier League is relatively fair. In addition, the British referees are known for not denying every little thing. In this respect, bets on yellow and red cards are only recommended if the odds are particularly good.

As mentioned earlier, British football is considered very fair. Nevertheless, there were already rumors of possible match-fixing in the soccer metropolitan area. In 2012, for example, the father of Manchester's superstar Wayne Rooney was suspected of having been involved in match-fixing. He was even arrested, but the allegations did not substantiate.

According to Claus Lundekvam, the former Norwegian captain of Southampton FC, it is quite common in the Premier League for footballers to also bet on their own games. This is of course officially prohibited. He himself regularly bet on the first corner kick, the first throw-in and yellow or red cards. On the other hand, no bets would be placed on the results of their own team. But sports bettors will also not like to hear that involved players bet on something like a corner kick, which they can influence themselves. Agreements can strongly influence and falsify the betting market. As such, customers should avoid these special bets if there is any doubt as to whether the players are still pursuing such practices.

The best bookmakers for betting on the Premier League

In the following we present some bookmakers where betting on the Premier League is particularly worthwhile.

Strategy for betting live on football and other sports:...

Arbitrage betting. What is an arb in sports betting: how...