Betting on underdogs in football and tennis: how and when it is profitable to bet on outsiders 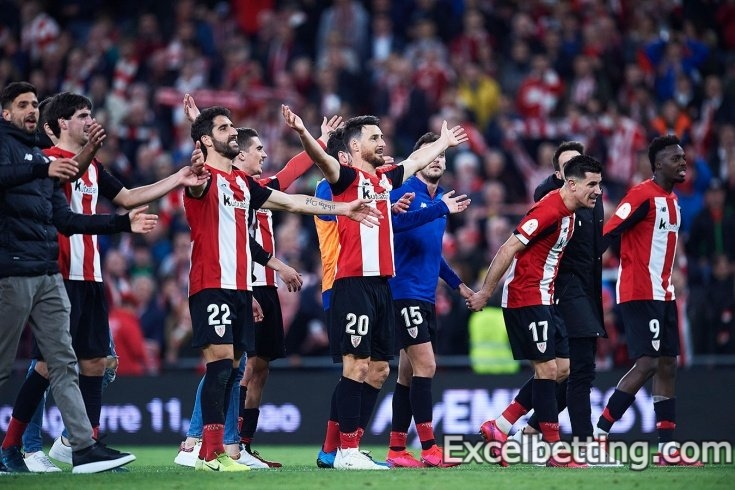 Underdog betting in football, tennis, basketball and other sports is profitable when analyzed correctly. Don't assume that any outsider bet makes sense. Betting on the victories of underdogs is only necessary according to strict systemic principles.

The word "underdog" comes from the slang of dog fighting. The losing dog found itself pinned to the floor by its rival. Hence - "under the dog."

In sports betting, the underdog is a clear underdog in the upcoming confrontation.

Large odds are the result of the bookmaker's assessment of the ratio of the forces of the outsider and the favorite. But the growth of quotes is also influenced by the fact that most players prefer to bet on the favorite.

An outsider betting strategy requires the correct selection of markets. It's best not to focus on clean bets on underdog wins, but choose among such options.

Examples of betting on underdogs by sport

Football. On 6 February 2020, Athletic Bilbao hosted Barcelona in the Spanish Cup quarter-finals. The odds for the home win exceeded 4.00. The hosts were considered an underdog. It was too risky to bet on them to win. But the odds for the fact that Athletic will not lose were about 1.90-2.00 in different bookmakers. This bet was justified for a cup match. The game ended with a score of 1: 0 in favor of the hosts.

Basketball. On February 10, 2020, Khimki near Moscow played at home with Nizhny Novgorod in the VTB United League. The hosts are the obvious favorites. The odds of 2.10-2.30 were given for the victory of the guests with a handicap of 12 points. At the same time, Khimki had a difficult campaign in European competition. Therefore, the bet "W2 with a handicap (+12)" is fully justified. The match ended with a score of 98:94.

Tennis.On February 28, 2020, the first racket of the world Novak Djokovic played with Gael Monfils and is considered the undisputed favorite. But given the difficult calendar preceding the Australian Open, as well as the strength of the Frenchman on hard, it is possible to give Monfils a small handicap. The odds for the victory of an outsider with a handicap (+4.5) for games was about 2.10-2.30. The bet would have been a winning one, because the match ended with a score of 2: 1 in sets and 15:13 in games in favor of Djokovic.

Examples show that you don't have to bet on underdog wins. It is advisable to look for value bets on handicaps and totals.

Read more about value betting here: Valuable bets scare the bookmakers. What is value, how to find it and calculation examples

Prematch analysis of the odds of an outsider and a favorite

Betting on obvious outsiders in bookmaker offices is possible only on the basis of a detailed pre-match analysis. Look for the right odds by paying attention to these basic principles.

Remember, any mathematical underdog betting strategy will likely drain the pot. Professionals bet on the underdog only after a detailed pre-match analysis.

Are there distance betting systems for underdogs? It is difficult to bet on the strategy on outsiders due to the fact that it is not always possible to find a suitable match.

If a player bets on sports and championships in which he is well versed, then this is a limited number of tournaments. Often they simply don't have matches between suitable opponents. In this sense, tennis is best suited, where there are regular games between opponents of different classes.

And yet there are several distance systems, each of which can be called an underdog betting strategy.

To successfully place bets on underdogs, it is important to understand a specific sport, championship, tournament. A detailed pre-match analysis decides a lot. If you learn how to correctly determine the value of a bet, betting at bookmakers can be profitable.

How to choose the Best Tipster

Sports betting strategies: are there win-win and risk-free,...

What is a multi-corner in football betting and what are...

What is Expected Goals (xG)