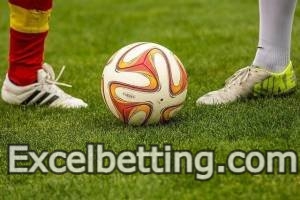 German football has been playing for the championship in the Bundesliga since the early 1960s . Later, the 2nd Bundesliga was added as a big innovation at the time, which should make football more professional and better organized. Apparently the plan worked. It is no coincidence that the Bundesliga broadcaster Sky advertises broadcasting the “best 2nd league in the world”.

In 2006 a new discussion started. Basically, they wanted to create a better environment for young players. A new intermediate step from amateur football to the strong 2nd Bundesliga. It was decided that a new 3rd league would be founded, the d

em is part of professional football. Above all, the professional environment and better financial opportunities for the clubs should bring this. And thus a much since then cited "strong base" for 2 . Bundesliga . And with the 2008/09 season, the game began in the 3rd division.

And the bookmakers for online betting have long been in the 3rd league in their programs. But are bets on this new 3rd division really worth it, or is it all just another moneymaking of the officials? Are there any comparable bets being offered at all? And what about the tension in the third division? I want to get to the bottom of this and more in the following.

This article was published thanks to the"Excelbetting.com" Betting Software Analysis sports betting, take tests, earn experience and beat the leaderboard. Outrun the editor-in-chief!

The game was started with the better half of the Regionalliga North and South. There were also four relegated teams from the 2nd Bundesliga . The last time, by the way, that there should be four relegated teams. Since then, two teams have been relegated directly, or the best two teams in the 3rd division have been promoted, and the third in the 3rd division has to assert itself against the third from bottom of the 2nd Bundesliga in the relegation.

Before the start of the 3rd league, the DFB as the sponsor of the organization and the Bundesliga clubs initially disagreed. It was originally intended that they would not be allowed to send their second clubs to the third division. Because they have enough money themselves to promote young talent. However, this was gradually softened through compromises. There are no longer any restrictions in this regard. In order to dutifully fulfill the purpose of promoting young talent, it was only imposed on these teams that they were only allowed to use 3 players at the same time who have already reached the age of 23. All other teams were simply imposed that at least four players who were younger must be listed on the score sheet. The first division clubs also do not receive a share of the television money through their second teams.

Incidentally, the 3rd league is not called the Third Bundesliga because the DFL, which is responsible for the league operations in the Bundesliga and the 2nd Bundesliga, is not involved here.

The advantages of the 3rd division - also for sports betting

The main advantages of the 3rd division are the fact that there is another single-track class in German football. This means that the best of all countries can finally compete with one another and are no longer separated into north and south, as was customary in the two-pronged regional league.

This also has clear advantages for football betting . It is comparatively easy to keep track of which teams are good. Basically, across Germany, you only need to know about half the number of teams. 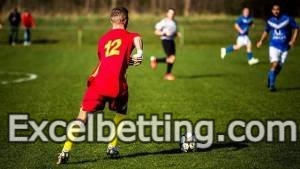 With a better stage, which is more interesting for sponsors, and in the long term, certainly far better income from marketing, the promotion of young talent is enough. This development will certainly continue. Please note in this context where the 2. Bundesliga stands today. This was also new. Today it is an interesting competition , also due to relegated teams like VfB Stuttgart .

This promotion of young talent and the relegated factor are also interesting from the perspective of football betting . On the one hand, if you bet seriously and not on good luck, you can see the future talents in the 3rd division early on, on the other hand, it is easier to continue to accompany relegated players with your bets and to bet on an end to the free fall.

How good is the betting offer in the 3rd division?

For many players, however, the betting offer, which can be found in the 3rd division, will be much more interesting than the smaller details. And this is very good. Depending on which bookmaker is used, the betting offer per game can almost keep up with that in the 1st Bundesliga. Of course, not every bookmaker offers the same range here. In this discipline, Bet365 was able to surprise me very positively. There, 72 bets are offered in the 1st Bundesliga for games that still take a few days to kick off. In the third division, the offer is absolutely equivalent here.

Only when the time is a little scarce, Bet365 increases its betting offer in the 1st Bundesliga again and sometimes reaches over 110 bets per game. In the 3rd division the selection remains at 72. At least that was what was observed at the time of the test. Overall, however, the 3rd league should also offer a suitable bet for everyone interested. With other providers it often looks only a little worse.

Also live betting on the 3. Liga is quite possible. Here, too, the offer varies significantly among the individual bookmakers. The 3rd league even offers a considerable advantage here. Not all games can be watched live, but some can. And you don't need expensive pay TV for this. Your own live bet on the third division can be followed live on the public broadcasters MDR and WDR.

Are the odds in the 3rd division good?

The question about the odds in the 3rd division can actually not be answered across the board. If one compares similar odds from the 1st Bundesliga and the 3rd league with each other, then it is actually noticeable that the bookmakers apparently sometimes use a slightly worse odds key in the 3rd league. However, this does not necessarily mean bad odds. Depending on which team you want to bet on, the odds are still worthwhile.

Which bookmakers are the best for betting on the 3rd division?

When choosing a bookmaker, if you want to bet on the 3rd league, you should think about it in advance. Because here clear differences in the offer can be proven.

Bet365 - Most betting options per game

In a comparison of some bookmakers, who do very well overall when betting on German football, Bet365 had by far the most betting options per game to offer. However, and this is expressly mentioned, this only applies in advance. There are a lot of live bets, but they are comparatively difficult to plan for the user. On Thursday evening it is not yet clear which games in the 3rd division can be covered with live bets on Saturday .

What is sports betting loading: how cash flow affects the...

How to check the reliability of a bookmaker: advice to players...